The Road to Hydrogen: Harnessing an Ancient Energy

Energy makes our world go round. Our capacity to store energy endogenously in battery technology has leveled up massively, as has our ability to harness more exogenous sources of energy around us.

The developments of these technologies have coincided directly with our rapid need for more energy to complete our daily activities and productive ambitions, and push our civilizations into new strata entirely.

Suffice it to say, there has never been a greater incentive and demand to develop new sources of energy — one such example is hydrogen, the very first element on the periodic table. 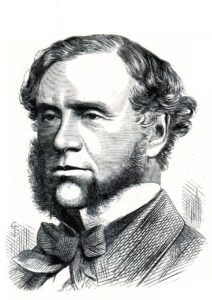 History of Hydrogen as a Fuel

Beyond being one of our very first elements, hydrogen has actually been experimented with as a fuel source since the mid-1800s.

By mixing hydrogen and oxygen in the presence of an electrolyte, he was able to successfully produce electricity and water. Although the fuel cell did not produce enough electricity to be fundamentally useful, it paved the way for all hydrogenic innovations that followed.

How Is Hydrogen Used Today?

Nearly 200 years later, hydrogen fuel cells are significantly more viable and efficient than they were in Sir William Robert Grove’s day and age.

The most abundant element on our planet, hydrogen, is able to be produced from fossil fuels such as natural gas, but also from renewable pathways like solar energy and biomass.

Hydrogen’s primary advantage is its intrinsic lack of any energy waste byproduct — hydrogen fuel cells only create water, electricity, and heat. The lack of a CO2 byproduct makes it a desirable alternative fuel source that fits in with the IEA’s global narrative and goals for renewable energy.

Today, hydrogen is primarily used in the refinement of petroleum and fertilizer production. There are multiple emerging markets for hydrogen, to include both transportation and utilities. 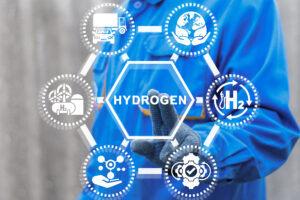 Hydrogen as a Renewable Energy Source

In 2019, the IEA (International Energy Agency) produced a report outlining the future potential of hydrogen as an energy source.

Created at the behest of the Japanese government, the IEA completed a thorough study and report of the current state of play for hydrogen, as well as weighing in on its future development.

The report’s ultimate findings are that clean hydrogen is seeing a surge in both business and political momentum, with projects popping up around the globe to equip hydrogen as a viable contender for a new, renewable energy source.

It seems that many governments around the world are poised to take full advantage of hydrogen’s potential as a renewable energy source.

While this all makes a strong case for hydrogen, there are hurdles that undoubtedly need to be overcome before hydrogen is truly proven as a viable fuel.

In terms of producing hydrogen from renewable sources, the most important factor to consider is providing the hydrogen at a lower cost. While fossil fuels like natural gas make great precursors for hydrogen fuels, producing renewable energy from hydrogen must become cost-competitive to truly be considered “viable.”

However, it’s positive to see that there is a role for natural gas to play with hydrogen research and production — as extracting hydrogen energy is essential to researching the efficiency and application of the fuel at a more renewable level.

Once again, we are presented with the opportunity to use our existing energy sources to architect out our future relationship with fuel.

Hydrogen seems to be one of the most promising energy sources. And with the amount of political and business interest centered around it, it’s more than likely that we’ll continue hearing more about innovative applications for this abundant energy.

By NJ Ayuk, Executive Director, African Energy Chamber The backlash in recent days about the selection of...