The Nord Stream Effect: How Fragile is our Energy Ecosystem? 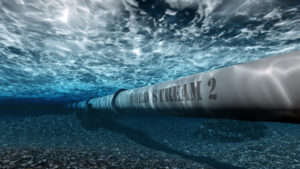 By now, most people have heard of the Nord Stream pipelines; possibly for the very first time in their lives. This is only natural, as the news about Nord Stream 1 and 2 has been seemingly nonstop after the recent attack/sabotage that these natural gas pipelines experienced.

To cut through some of the chatter, it may be helpful to define what these pipelines are in simple terms. Abridging the definition from the Nord Stream’s own website, the Nord Stream is a twin pipeline system centered in the Baltic Sea.

The first of the two pipelines was completed in 2011 and runs from Russia all the way to Germany. As stated by Nord Stream AG organization:

The Nord Stream route crosses through the Exclusive Economic Zones of Russia, Finland, Sweden, Denmark and Germany, as well as the territorial waters of Russia, Denmark, and Germany.

While it was not fully operational when the attack began, the Nord Stream project is meant to be instrumental in providing energetic and economic value to a vast portion of Europe.

So what happens when such a critical piece of infrastructure becomes compromised? And how vulnerable is our energy ecosystem overall?

Our Interdependence of Energy Infrastructure

I use the word “our” in this heading as a means of describing the collective ownership of humankind. Political factions, nations, differences of belief aside… we are but one species looking to build, grow, and prosper.

With this in mind, our globalized economy stipulates that actions and outcomes in one part of the world can have radiating effects on other parts of the world. I feel that in 2022, this has been particularly noticeable in the energy sector.

European nations have been hit particularly hard recently as geopolitical tensions have driven gas and oil prices to all-time highs. The scarcity of energy represents a very real threat to individuals and communities of many European nations and beyond.

Effects of the Nord Stream Sabotage

My writing of this article is in no way meant to speculate the cause of the sabotage on the Nord Stream. With a full investigation underway, I’m sure that international experts will soon reveal the true responsibility behind the attack.

But regardless of who is responsible, the damage to the Nord Stream pipelines will not be without consequence to those who it stood to benefit.

The CSIS (Center for Strategic & International Studies) did an excellent write-up on some of the most critical implications of the Nord Stream sabotage.

Starting with a (relatively) positive note, the damage to the Nord Stream 1 and 2 will have a relatively limited immediate impact on Europe’s supply of natural gas, as neither pipeline was operational at the time of the attack. The pipelines have not been delivering natural gas since Russia’s invasion of Ukraine. 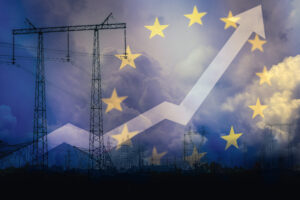 However, the outlook for European energy supply and security remains uncertain and fraught with difficulties. Although gas prices have fallen from their peak during late August, the pipeline damage has brought about a surge in European prices as people begin to question the viability of alternative gas pipelines.

What Does This Mean for Energy Security?

Outside of the immediate damage to the Nord Stream pipelines, it seems that our sense of energy security (at least psychologically) has taken a serious blow.

Witnessing what can happen to such a critical piece of energy infrastructure has raised security concerns about other pipelines, including the newly opened Baltic Pipeline, which connects Norway and Europe.

Pipeline attacks aside, security experts are awakening to the serious vulnerability of cyberattacks. The United States suffered such an attack earlier this year in May, when a cyberattack against the Colonial Pipeline brought operations to a halt and caused fuel shortage-induced panic buying all across the East Coast.

The Importance of Diverse and Resilient Infrastructure 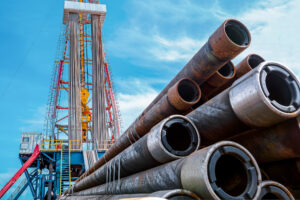 The takeaway here certainly should not be one of doom and gloom. We should assess our energy infrastructure (and its security) with the highest level of seriousness and cautiousness.

Compromising one pipeline can have a cascading effect on many ecosystems that rely on it.

This is why it’s absolutely essential that we consider investment in new energy infrastructure across the globe, particularly in countries that are abundant in natural resources. Of course, this means African oil and natural gas, as well as many other countries that stand to deliver viable electrical power as well.

As global energy demand undoubtedly continues to grow, investing in new energy infrastructure will be our best hedge against a crippling domino effect when one energy source is unduly compromised.