How Much Carbon Does Africa Really Emit?

It’s become extraordinarily common nowadays to conceptualize our problems on a global scale. Largely thanks to our digital tools, our culture has rapidly evolved to be capable of conceiving of problems globally and inspiring local action to help address them.

In many ways, this is inspiring — the catalyst of the Internet has led to an increase in awareness of the interconnected nature of our worlds and given individuals more opportunities to act and make a difference.

Climate change is an extremely powerful example of an issue that has garnered global attention and drawn in many otherwise segmented world governments to work toward a common solution. 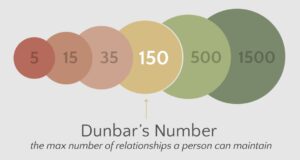 But how strong is our ability to conceptualize a global problem, anyway? Are we truly capable of being globally-minded human beings? There have been studies that indicate that human beings are best-suited for maintaining social circles of no more than 150 individuals (Dunbar’s number).

Such a number hints at a possibility that our ability to fully process a global problem may be more limited than we want to believe it is. As a result, our brain extrapolates what data we can take in… and many generalizations are made in order to arrive at a cohesive conclusion.

An example of this is assuming that every nation’s carbon emissions (as it relates to climate change) are entirely at an equal level of negative impact; something that is plainly false.

Africa is a continent that has been often skimmed over during discussions about climate change and carbon emissions.

As world governments and corporations unite to try to address a more prevalent climate “crisis,” they have generally operated under an “everybody is at fault” approach. While this aids in motivating countries toward a common solution, the truth is that Africa plays a relatively small role in the global carbon emissions picture.

Why are Africa’s Carbon Emissions so Low?

Africa’s relatively low carbon emissions can be explained by a few different reasons.

One of these is that the African continent is home to relatively few large industrial centers, which typically are major offenders when it comes to heavy carbon emissions. Conversely, a significant majority of Africa’s economy is made up of agriculture and other low-carbon industries.

Beyond this, Africa consumes a relatively low level of energy when compared to other regions around the world. Many African countries are not set up with the appropriate infrastructure to support widespread use of fossil fuels, which are a major source of carbon emissions.

In such areas, renewable energy sources such as solar and hydroelectric power have gained more prevalence. These naturally contribute to Africa’s lower carbon footprint.

Despite not every country being able to appropriately leverage fossil fuel, many African countries sit on major natural resource boons of oil and gas. These resources are exported, and  generate a huge economic uplift to the nations of Africa.

It is worth noting that while Africa has a low level of carbon emissions, the continent is still vulnerable to the impacts of climate change. Many parts of Africa are prone to droughts, floods, and other extreme weather events, which can have devastating consequences for local communities. 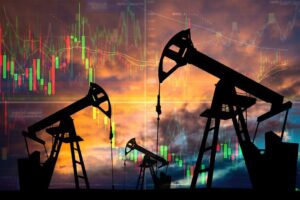 African nations have as much reason as other countries to work toward a renewable energy future, but it’s important to evaluate the actual raw carbon output of a country prior rather than stipulating a one-size-fits-all approach to new energy production.

In conclusion, Africa is a continent that plays a relatively small role in the global carbon emissions picture. This is due to the fact that the continent has a relatively low level of industrialization and energy consumption, and relies more heavily on renewable energy sources.

Despite this, Africa is still vulnerable to the impacts of climate change, and it is important for the global community to work together to address this pressing issue. It’s just imperative that we consider the unique position and contribution of each continent, country, and community as we work toward that solution.

By NJ Ayuk, Executive Director, African Energy Chamber The backlash in recent days about the selection of...